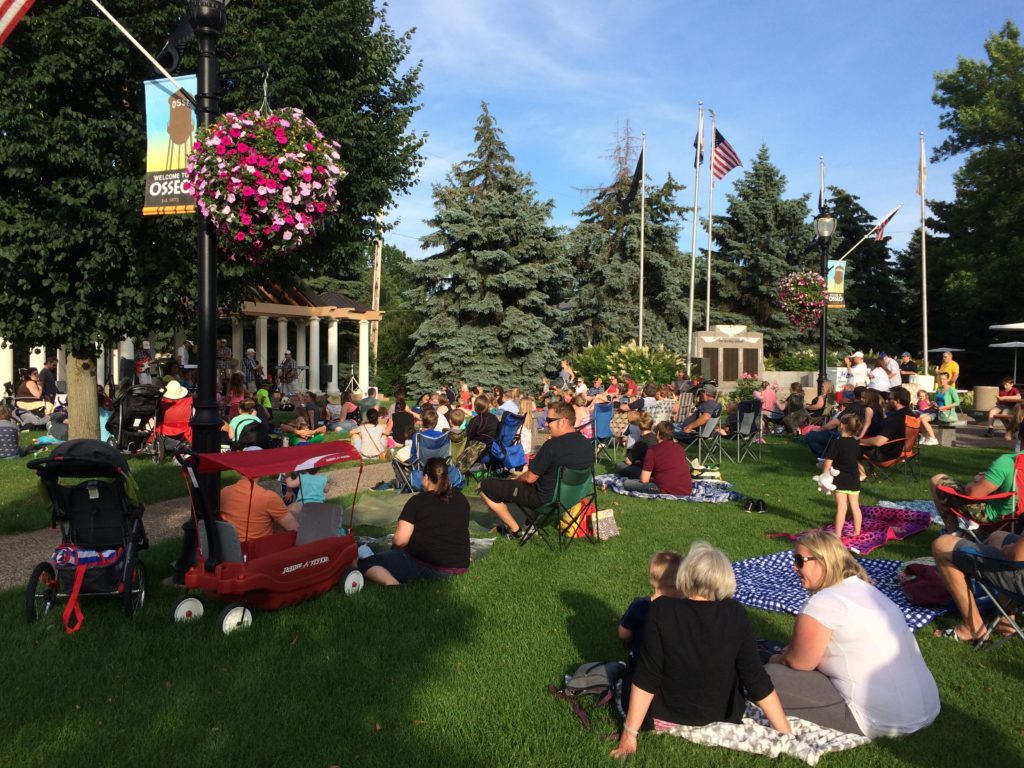 Boerboom Park is a gathering place for people of all ages.

The City of Osseo is planning an expansion to Boerboom Veterans Memorial Park. The expanded park will more than double in size to cover an entire city block. Currently, the City Council is seeking feedback on how the new space can best serve the community.

Consultant WSB and Associates is helping the city with this project. Input from 2016 Lions Roar and the January Comprehensive Plan visioning event was included in the plan. Ideas were also discussed at Parks and Recreation Committee and City Council meetings.

Based on this input, three concept plans were developed, including options titled, “Town Lawn”, “Urban Play”, and “Garden Park”. Then, key elements from each of these concepts were combined into one draft master plan.

The city is gathering feedback on the plan during summer 2017. Along with this input, a revised draft plan will be received by the City Council this fall. Then, the city can begin the long process of developing the park. Construction will probably take place in several phases. Timing depends on property acquisition, grant funding, final designs, and other complexities.

To give some perspective, the idea for expanding the Park was first identified in city documents in 2007. Ten years later, the City is now working on developing the Master Plan. It might also be many years before the bigger park is fully constructed. The good news is that a long time frame gives us time to develop a great plan!

Your input will help guide the Master Plan and its implementation. Please visit www.DiscoverOsseo.com/Survey to share your thoughts! The survey will close September 18, 2017.