The Osseo Economic Development Authority and Osseo City Council approved the Development Agreement between the City and The Beard Group for Phase II of the 5 Central Apartments project earlier this week. Phase II is a continuation of the already under-construction Phase I of the project. Osseo Officials and Administration are excited about this development and what it means for the City of Osseo! 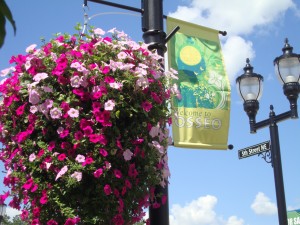 This project is 16 years in the making with the City first purchasing available properties on the Block 6 site (located one block north of City Hall) back in 1998. As more and more properties became available, the City took advantage, finally purchasing enough property to market the site to Developers as a future home of a large residential development, thanks to the aid of local and State grants. City Administration (past and present) worked diligently to secure over $1 Million in grant money to fund the purchases and environmental remediation of these properties.

The City received grants from Hennepin County and the Metropolitan Council, helping to keep the costs of property acquisition and environmental remediation as low as possible. As recently as this year, City Administration worked to secure the final two properties located on the Phase II (521 Central Ave and 523 Central Ave) which allowed the project to expand further north, increasing the number of apartment units.

The addition of Phase II brings the total number of apartment units to 140 (Phase I includes 71 units, and Phase II includes 69 units). The units are all market rate which include high end finishes and furnishings. Units will range from larger 3-bedroom units to 2-bedroom plus a den, and from 1-bedroom units to studios. The building will also include 177 total off-street parking spaces between the underground parking garage and on-site garage stalls, and include great amenities such as a fitness center, a business/conference room, large entry space with an ample mail center, individual decks and/or patios off of each unit, and an interior outdoor patio space complete with an outdoor kitchen. 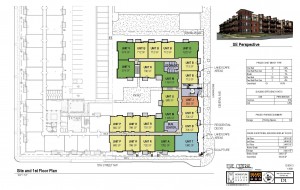 But what gets Osseo Officials most excited about this project is the increase in Osseo’s population this project will bring. The 5 Central Apartment project alone will increase Osseo’s population by roughly 10%. By increasing the population by that amount, local Osseo business should see a huge increase in foot traffic leading to increased sales, helping to reignite the downtown commercial core. “People will be able to walk out and walk down and go to the grocery store or get a drink with friends down the road,” says Ben Beard of The Beard Group. Indeed, Phase I of the project has already surpassed the 40% leased mark, and the project isn’t expected to be completed until late-June! Residents will begin to move in immediately after completion. The fully furnished model should be completed by May 1 which will be available for showings immediately. 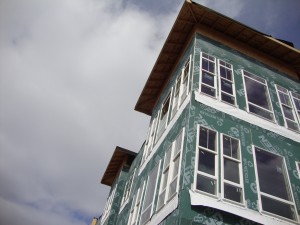 Construction on Phase II of the project is expected to begin towards the end of April 2014, and be completed by spring of 2015. One of the key figures to note on this project is that this development represents a $25 Million investment in downtown Osseo. The City believes this level of investment will be a magnet for other downtown Osseo development, especially in the commercial sector. “Bringing in that amount of people to downtown Osseo is really going to kickstart a lot of struggling businesses and bring in some additional businesses to some empty storefronts,” says Osseo City Planner Riley Grams. After all, more people means more money to spend. And that’s something Osseo businesses are pretty excited about! 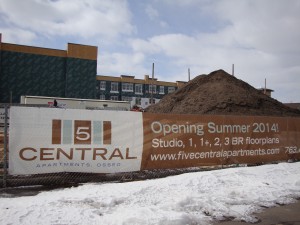 You can learn more about the Osseo 5 Central Apartment project by contacting City Hall at 763-425-2624. For information on renting available units, you can contact Ben Beard with The Beard Group at 952-930-0630 or by email at benb@beardgroupinc.com.